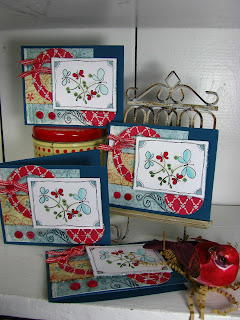 I had one of those days yesterday where it just felt good to let loose and STAPLE something. I had these images stamped out and ready to go, so they were quick cards. The butterflies are from an Inkadinkadoo stamp set by Amy Smythe called "The Flourish Pack" that I got at Crafts direct back in March. You know, with the economy being so crappy right now, I'm holding back on new stamp purchases until things aren't so shaky with gas & food prices. So you know what that means? I'm attempting to PLAY WITH THE STUFF I ALREADY HAVE! 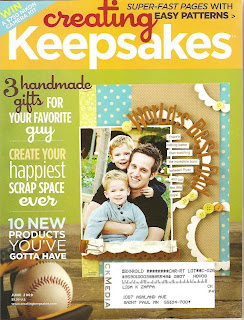 Since "CRABBY STAPLER GIRL" here was not finding the mojo anywhere near me, I grabbed my new Creating Keepsakes and the CIRCLES on the cover pulled me right in! I decided that I could recreate my own circles and scalloped circles with my Nestabilities dies. 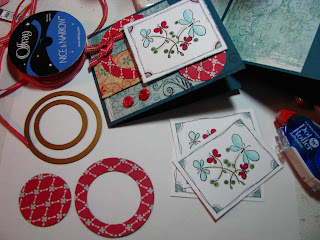 So I took some patterned paper and punched out a large circle, then took a smaller die and punched out a smaller circle in the middle. Then I slapped them on the card and I STAPLED THE HECK out of them! Dang, that felt good. Why is stapling so much fun? I think its because it's quick, and the stuff won't ever fall off the card. 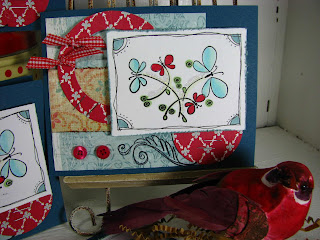 I guess I better get out my stapler and start stapling...sounds and LOOKS like it did you a world of good.

Lovely. The stapling really looks good, and it is therapeutic, too. LOL Great cards!

Your cards turned out so cute! I love the patriotic colors and the stapling.

So cute! You call it stapling...I call it "Being Stabby." I was stabby today and pierced the dickens outta my card. LOL

Just let it all out, it's ok. Stapling is so theraputic, you have saved money in so many ways. Goodbye massages, pedicures, and therapy - hello- Stapler! Beautiful work!
-ML