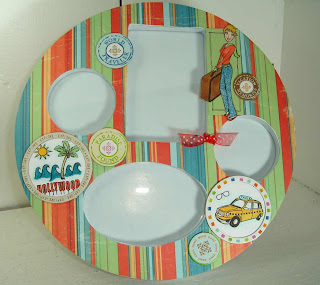 It's that time again; 2 new Hanna stamp sets will be revealed this Friday, April 4th! And I was at Dollar Tree, again!!!! This time, I found a baseball-shaped collage-type frame that I thought would be fun to put travel photos in. One of the new-release Hanna sets is a travel-themed one, with lots of fun little vacation stamps with it. I used Cosmo Cricket "Bandwith" Paper from the "Twist & Shout" line, to cover the frame, using mod-podge glue to adhere it. 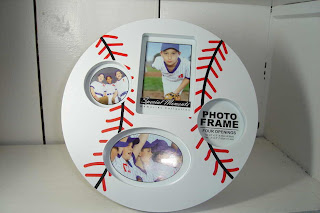 Here's what the frame looked like before I covered it. I thought it was an interesting shape and had some fun circular openings for photos. 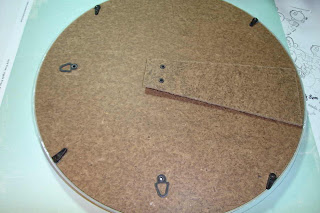 I took the frame and laid it upside down on my patterned paper, traced around it with pencil (on the opposite side of the striped pattern), and then cut the circle out of the patterned paper. 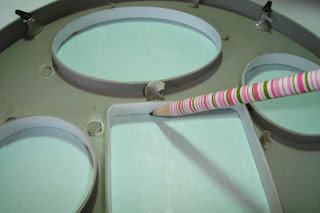 Then I took the back off the frame, laid it on top of my circle, and traced the photo openings on the opposite side of the paper. After you are done tracing, then use an exacto knife or a scissors to cut out the center pieces. 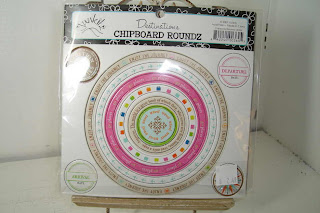 I found these great Junkitz chipboard rounds in a travel theme at Archivers. I used them for embellishments on the front of my frame, and as frames around the Hanna Hollywood & Taxi Images. 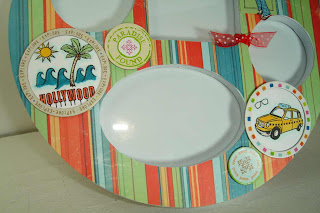 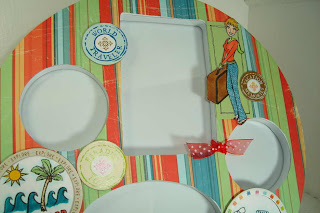 Posted by Shabbychick Junk at 8:31 PM

This is just so cute. You are SO creative. I need to find a Dollar Tree around here...and look for some fun stuff to alter. :) I can't wait to see the new Hannah sets, too. What fun!

You ROCK girlfriend!!! You alter the coolest items!!!

Love the pp you chose!

You "knocked it outta da park!"

Shut UP!!! LZ this is SO CUTE! I love when you re-create frames!
HB

Really cute idea - great gift too. Dollar Tree is one of my favorite stores!

These are wonderful !! Will your creativity every slow down - I HOPE NOT !! :)
Love you Sweetie!

Well this is a home run in my book - I liked the frame before you modified it - now, I love it!

SaWEEEEEEEEEEET!
You just never run out of ideas to knock our socks off, girl!